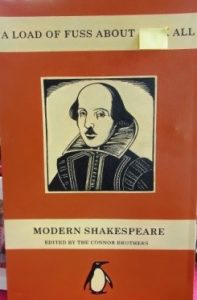 Sponsored by the British Shakespeare Association

‘Outrage as BBC bosses “use Shakespeare to push pro-immigration agenda”’. This was a headline in The Daily Express on 25th April 2016, after the BBC included what has become known as the ‘Immigration Speech’ from Sir Thomas More in a programme celebrating the 400th anniversary of Shakespeare’s death. From Thomas and Henrietta Bowdler expurgating passages from their Family Shakespeare, through campaigns in the early 20th century to remove The Merchant of Venice from American classrooms, to this recent ‘outrage’, people have been offended by what Shakespeare wrote or by the uses to which others have put him. But what is it that offends us and how do we deal with it? What makes Shakespeare and his appropriations such a sensitive issue? We welcome 200-word abstracts for 20-minute papers that might address the following (or related) topics:

Thanks to a generous grant from the BSA, we are able to offer two bursaries of £75 each to assist postgraduate students with the costs of attending the conference. Email the organisers if you would like to apply for one of these.