The Award Ceremony will be held 3 – 5 PM on Saturday 7th November at The Shakespeare Birthplace Trust, The Shakespeare Centre, Henley Street, Stratford upon Avon, CV37 6QW. Free for BSA members; £5 for non-members (deducted from cost if you join the bsa on the day) followed by pay-bar reception

Dame Janet Suzman will be interviewed by Professor Alison Findlay and Chris Grace will give a short address on the work of Shakespeare for Schools.

The Fellowships are awarded to persons who have made a major contribution to the furtherance of our understanding of the plays and poems of Shakespeare through their work in academic research, theatre or education.

Dame Janet Suzman is one of the most pioneering performers and directors of Shakespeare during the last 50 years. As an actor, she has infused her roles with powerful emotions provoking the audience into startlingly new appraisals of the play. Her achievements as a director have been extensive and had a major impact upon future productions; in particular, her path-breaking direction of the Market Theatre Othello (available on film) allowed audiences from around the globe to perceive how the play resonated with present-day politics. Moreover, Suzman has used her skills as both actor and director to produce books, such as Acting with Shakespeare and Not Hamlet, that have inspired a generation of  scholars, directors, actors, teachers and students. 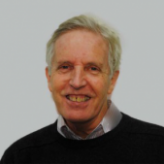 Chris Grace has made Shakespeare live for young people. In 2000 he founded the Shakespeare Schools Festival, which is the largest youth drama festival in the UK and offers the opportunity for young people of all abilities and from all backgrounds to engage with Shakespeare. In addition, as Director of Animation at S4C, he created the hugely influential Shakespeare – The Animated Tales, ensuring that generations of children, inside and outside school, had their interest in Shakespeare sparked by the beauty and imagination of these pioneering broadcasts. Indeed, it remains the most popular programme on BBC Education. Above all, Grace’s work has been instrumental in inspiring, and continuing to inspire, teachers and young people.