This post is part of a series of brief, ‘first impression’ reviews of books on Shakespeare in Education. Look out for others posted to the BSA’s Education Network Blog. 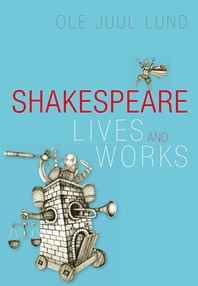 In a nutshell, this book is about:

Introducing Shakespeare, his texts and his contexts, to secondary school students (probably best suited to KS4/5 in the UK). After an opening focusing on the ‘Life and Times’ the book moves on to the dramatic traditions inherited by Shakespeare and then considers the major plays in terms of genre – as well as looking at linguistic techniques and the impact of Shakespeare’s works on the English language and on wider culture. The book has recently been translated from Danish (the author is a teacher and educationalist) and offers an unusual perspective on the ways in which Shakespeare’s works are approached in ‘other’ cultures.

School students are likely to find this book very accessible and teachers will probably tend to dip into it to provide supporting contextual material for their students. The Danish perspective is likely to provide an interesting angle for Shakespeare scholars. There isn’t a book quite like this available in English (originally) for UK students to use. It plugs an important gap and we could do with other editions – not just translated but also adapted for use in different national school systems.

Readers who dislike any approach to Shakespeare and his plays that attempts to simplify or demystify the subject matter. The approach in the book isn’t exactly a ‘creative’ one – but then again it doesn’t profess to be that.

There’s an admirable clarity to the book. School students looking for a straightforward explanation of exactly why Shakespeare is held up to be the consummate creative genius of western art will find plenty of objective evidence to support that fact here.

Arguably charmingly old-fashioned at times (depending on your point-of-view) the book makes no attempt – and the author makes no apologies for this – to consider Shakespeare’s plays as scripts for performance and it could therefore be said that the book sidesteps this most important feature of the author’s works.