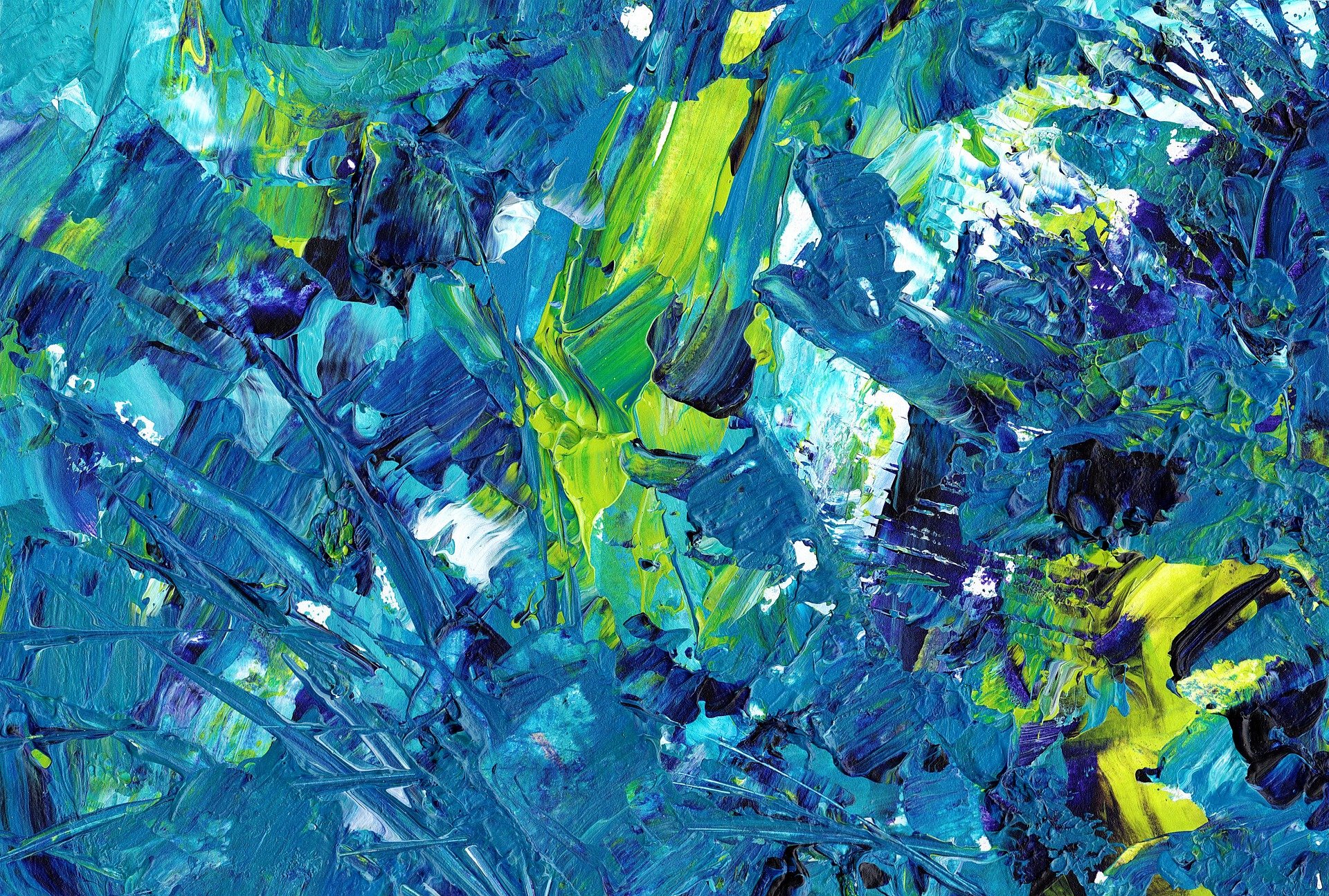 The BSA is saddened by the death of Sir Antony Sher, whose extraordinary passion for performing has energised the Shakespearean stage, exciting us and illuminating our understanding. Our thoughts are with his husband, Greg Doran and his wide family of friends and colleagues.

As he matured as a Shakespearean actor, Antony Sher fused the virtuoso theatrical style – for which he was first singled out by reviewers and audiences – with what John Peter, writing of Sher’s performance as Primo Levi, described as ‘acting of the purest and most unostentatious kind, unadorned by self-pity or visible virtuosity’ (Sunday Times, 29 January, 2006). It is these qualities that defined his acting: detailed nuances of gesture and vocal tone, physical and emotional energy matched by deep focus of concentration, the sense of an actor fully inhabiting the role, drawing on a well-spring of feeling, and the confident grasp of the blurred line between the humanity and grotesquerie of life.

Antony Sher came to London from South Africa in 1968 with one ambition:  to train as an actor. His first audition was for the Central School of Speech and Drama. His audition didn’t go well, and Central turned him down, as, more brutally, did the Royal Academy of Dramatic Art, their rejection letter telling him that ‘Not only have you failed this audition, and not only are we unable to contemplate auditioning you again, but we strongly urge you to seek a different career’ (Beside Myself [BM] Antony’s autobiography, 89). Refusing to be deterred, Sher was eventually accepted by the Webber-Douglas Academy, where, because he was tone deaf, he was barred from classes in singing but relished the classes in make-up, mime, improvisation and Speaking Shakespeare, where the training instilled in him two basic principles from which he never deviated:

. . . you have to paraphrase every single word in every single speech, translate them into contemporary English; and then, when you’ve understood everything, get it back up to speed, like normal speech. We talk very fast, very deftly, and Shakespeare is easier to understand at this pace than when it’s overemphasised. [BM 107].

Gradually the elements that would come to shape and define him as a Shakespearian actor were emerging: a focus on form, feeling and energy in both spoken and physical performance; an awareness of how intelligence can feed emotion and vice-versa; the exhilaration of experimentation; an appreciation of the impact and importance of his heritage; and a desire to keep learning.

Webber-Douglas taught no rigid philosophy of acting. Indeed, one of the most lasting lessons Antony learned is that the only rule in acting is that there isn’t one: each part demands its own response.  Nevertheless, he remained adamant that he would still advise any young actor to go to drama school, to ‘go and get the training, learn all they teach you and carry on learning through your career, because you will if you’re lucky’.  For him, learning-on-the-job was sustained largely by his lengthy association with the RSC where:

I suddenly found myself in a place where I was surrounded by great Shakespeareans who wanted to teach me: Cicely Berry [Head of Voice], [and directors] John Barton, Terry Hands, Adrian Noble – and then I ended up marrying one, which has been an extraordinary privilege because more than anyone Greg [Doran] has shown me that Shakespeare can be mine as much as anybody’s. [Conversation with MW]

From his earliest Shakespearean performances such as the Fool in King Lear (first at the Liverpool Everyman in 1972, then the RSC in 1982) and Richard III (RSC, 1984) he had been defined by his ability to bring to the stage an electrifying energy, a sense of unpredictability and danger. But for some, these performances, however brilliant, remained externalised, bravura displays rather than an expression of a character’s psyche, and while not wishing to lose that sense of the sheer joy of the physicality of acting, he increasingly sought ways to combine these detailed portrayals of the ‘outside’ of a character with humanity and compassion, drawing without self-censorship on the most intimate, often self-destructive experiences from his own life to find a ‘sense memory’ in which to root the performance.

In 1999, his performances for the RSC of Leontes (The Winter’s Tale) and Macbeth, both directed by Greg Doran, marked, for many who had followed Sher’s career, significant steps forward in his growing maturity as a major Shakespearean actor. Initially reluctant to play Leontes – believing it offered him no real challenge, being only another character who ‘just keeps running round the stage shouting and snarling at people’ – he changed his mind when the suggestion was made that he should double Leontes with the comic role of Autolycus. Sher himself tracked the reasons why he resolved before rehearsals-proper got under way to play only the King, but his decision to step aside from the more flamboyant, theatrical role of Autolycus and concentrate on the emotionally damaged Leontes might perhaps reflect an unconscious desire to focus all his energies on a part that he would have to excavate to its core. Robert Smallwood wrote of the performance:

It was a precisely charted psychological journey that Sher presented, brilliantly executed technically, but with the technique not . . . in any way diverting from the emotional power of the progress to disintegration and collapse, never allowing us to forget that there was another, a ‘real’, Leontes underneath this misery (Shakespeare Survey, 53, 2000, p. 264).

In 2009 the National Theatre mounted an exhibition of Sher’s paintings and drawings, including a number of portraits of himself and other actors in various roles. As I write this, on the wall above my desk hangs a portrait of Antony as Domitian, the leading role that he played superbly in Massinger’s The Roman Actor at the RSC in 2012. He was an extremely accomplished artist, and painting and drawing played a very significant part in the development of his roles, before and during the rehearsal period. For example, in Year of the King (significantly sub-titled ‘An Actor’s Diary and Sketchbook), he traced his work on Richard III (RSC, 1984) from the earliest negotiations with the RSC through to press night, showing how he used sketches and more complete drawings to find a route to the character and give visual form to his developing thoughts, not just for his own benefit but also to share with director and designer. The first sketches, done before he had signed a contract or even knew for certain he would be offered the role, included Laurence Olivier, but gradually featured himself, though still blended with these associations:

The sunlight is weird at this time of the year – an insistent silver light. This morning as I shave it falls on the water and throws a strange light on my face.  Instantly Richard III. I stare at him for a moment, then quickly fetch a sketchbook to put down what I’ve just seen.  But it’s a difficult drawing. And worst of all, the lips I have drawn are not my own, but Olivier’s. Again that giant shadow falls across the landscape and I dart around trying to find some light of my own. My Richard is in its infancy; barely that, it is still struggling to take form, uncertain even whether to take form. And there’s this fully formed, famously formed, infamous child murderer leaning over the cradle (Year of the King, pp. 37-8).

Generally, however, the theatre’s rehearsal process and the benefit and pleasure Sher derived from it was a significant factor in his preference for stage acting over screen. For him, the rehearsal period was a mix of careful deliberation and a willingness to respond to chance. And he had a remarkably open attitude to the views of others. One of my favourite examples is of a moment in rehearsing Richard III, when one of the young boys playing the princes in the Tower suggested Antony should change a move. It is possible another actor might have been amused, perhaps affronted by this apparent breach of protocol, but recognising that the boy was right, he happily took the note. Rehearsals may also require the actor to polish up neglected skills or master new ones, and again Sher relished these challenges. When he played Tamburlaine (RSC, 1992), for example, it was decided with the director, Terry Hands, that Antony would need to learn acrobatic skills to enable him to climb a rope to a point twenty feet above the stage, and then hang upside down while delivering the speech. Antony achieved it, but ‘never stopped dreading that bloody rope. Each night as the scene approached I felt I had an appointment with fear coming up’.

I want to conclude with Antony’s own summary of the demands Shakespeare makes of the actor:

To play Shakespeare you need a variety of resources. You need enormous technical ease to phrase, shape and finally breathe the language like normal speech. You need great curiosity about human beings. You need to become so fascinated by our strange behaviour that you believe you’re perceiving it for the first time – like Shakespeare did, I think – and feel compelled to tell the truth about us. So you have to be raw as hell and supremely skilled. You must be able both to grunt and echo, murmur and sing. You must be Marlon Brando and Placido Domingo in the same body. It’s difficult (BM 328-9).

And finally, a particular personal memory. I was in the rehearsal room at the Department of Drama at Bristol, with my third-year students, when the door opened and there were Antony and Greg (who had been a student of mine decades before) politely asking whether they might join us. They were in Bristol on business and found time to visit. For the next hour they chatted happily with the students, answering all questions but asking quite a lot of their own, and generously sharing their experience before slipping away to return to Stratford. A good time was had by all.

[Much of the above is drawn from Martin White’s essay on Antony Sher in The Routledge Companion to Actors’ Shakespeare, edited by John Russell Brown, 2012.]