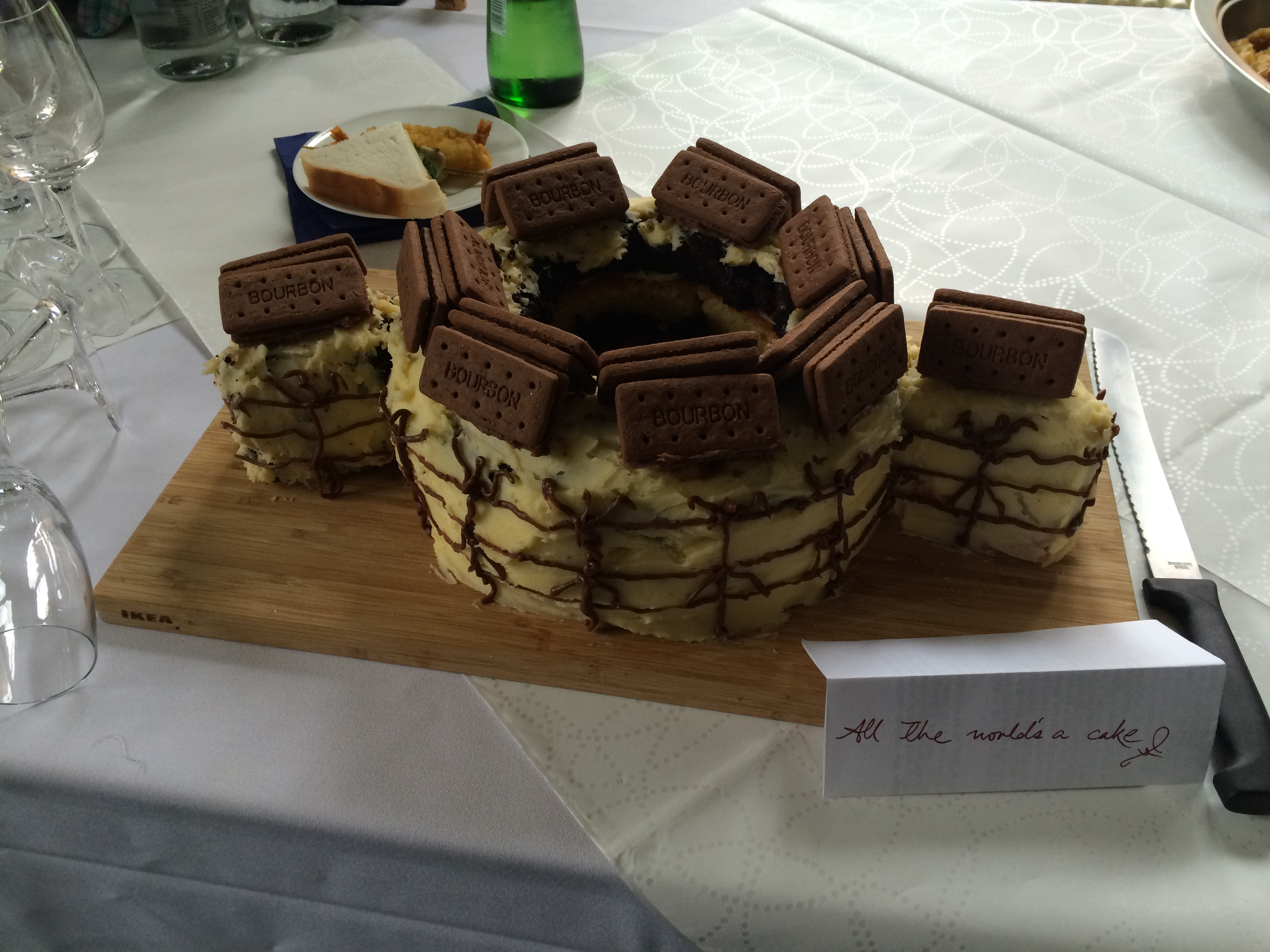 The Queen’s University Belfast meeting of the Irish Renaissance Seminar (7 May 2016), generously supported by the British Shakespeare Association, got off to a great start with the cutting of the Globe Theatre Cake, which was very much enjoyed by the 40 delegates from NI/Ireland and the US in attendance.

The opening plenary, ‘The Curiosity of Nations: Communities of Shakespeare in the Twenty-First Century’, by Prof. Sheila Cavanagh (Emory University and Fulbright/Global Shakespeare Centre Distinguished Chair), offered a fascinating glimpse into how Shakespeare can be debated across the world in a ground-breaking fashion via interactive classroom experiences. We then moved to wonderful shorter papers (Emer McHugh, NUI Galway, and Dr Edel Semple, UC Cork) on the Druid Shakespeare and Justin Kurzel’s Macbeth respectively which prompted lively reflection on the place of Shakespeare in regional and media contexts. Dr Stephen O’Neill’s (Maynooth University) plenary on ‘“It is the digital, / The digital above us, govern our conditions”: Shakespeare, (Mis)quotation and Digital Cultures’ followed, this furnishing delegates with rich insights into the cultural work attached to online Shakespearean communities.

Complementing and enhancing discussion was the concluding roundtable with Andrea Montgomery, director of the Terra Nova intercultural theatre group and of the Belfast Tempest, a stunning and epoch-making adaptation of Shakespeare’s play utilizing Belfast histories and a cast of hundreds. Andrea was joined by cast member, Ilana Gilovich, in the roundtable. On the social side, delegates attended the launch of the British Council/QUB Exhibition, ‘Shakespeare Lives through Kenneth Branagh on Stage and Screen’, at the Queen’s Film Theatre, and also heard about the extraordinarily wide range of public-facing events being put on as part of the British Council supported Shakespeare 400 initiative, Shakespeare Lives Across the Island: Conversations and Celebrations. A convivial dinner at the French Village Restaurant rounded off the day’s activities.