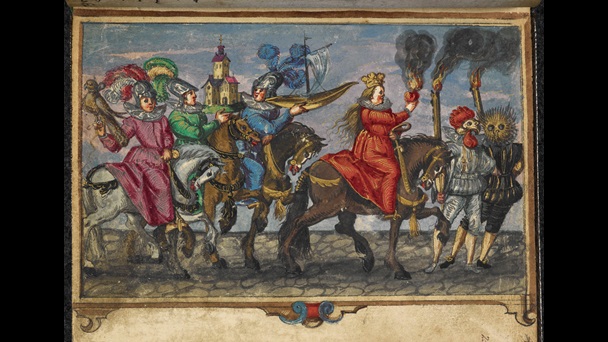 English itinerant players are known to have toured in northern continental Europe from the 1580s. Their repertories initially consisted of plays from the London theatre, but over time the English players learnt German, and German players joined the companies as a result of which the dramatic texts were adapted and translated into German. It is well established that a number of German plays now extant have a direct connection to Shakespeare. Only four of them, however, are so close in plot, character constellation and at times even language to their English originals that they can legitimately be considered versions of Shakespeare’s plays (not unlike the ‘bad quartos’): Der Bestrafte Brudermord, in English Fratricide Punished (Hamlet); Romio und Julieta (Romeo and Juliet); Tito Andronico (Titus Andronicus); and Kunst über alle Künste, ein bös Weib gut zu machen, in English An Art beyond All Arts, to Make a Bad Wife Good (The Taming of the Shrew). The chief aim of our research project has been to produce editions of these four plays, now published in two volumes by Arden Shakespeare. Jointly, these editions not only give us unprecedented scholarly access to the most important early German Shakespeare adaptations, but they also throw much light on the Shakespearean originals of whose performance history the German adaptations preserve important and so far understudied traces.

For more information about the editorial project and team, please visit: https://www.unige.ch/emgs

The volume is also available in Open Access and can be downloaded for free here.