Reports from the Offensive Shakespeare Conference

The BSA is proud to have sponsored the Offensive Shakespeare Conference at Northumbria University on 23rd and 24th May 2017. The following reports were written by those who received BSA bursaries for the event: 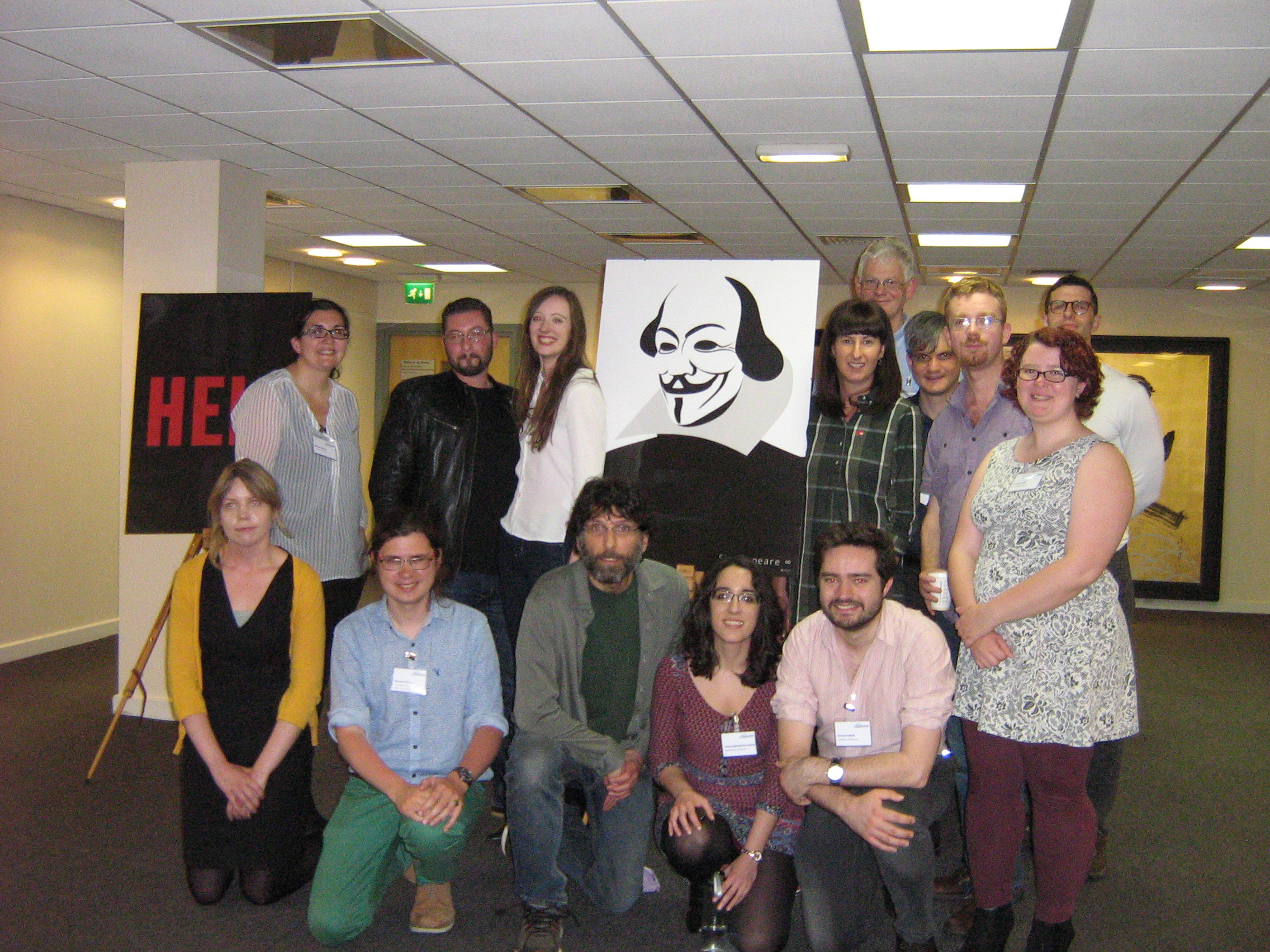 John Rowell, The Value of a Bad Joke: Offensive Shakespeare as an In-Road to Critical Thinking in the Classroom

On May 23rd of this year, Fred Ribkoff and I delivered a paper for the BSA’s “Offensive Shakespeare” conference. The paper, entitled “The Merchant of Venice and the Metatheatrical Machine of Offence,” combines film with live performance to suggest a version of the controversial play which embraces stereotyping. As we articulate in the paper,

[o]n a post-Holocaust stage, The Merchant of Venice should be a parade of comic stereotypes functioning as a metatheatrical machine of offence in which Antonio, Shylock and everyone in between are but cogs exposing the absurdity of believing a stereotype to be true. (1)

The statement is a tough sell, to say the least. Our aim is not to ‘solve’ the issues of race within the text, but rather to suggest that unduly sympathetic post-Holocaust Shylocks are not the only way in which to engage an audience’s “progressive cultural consciousness” (9), and for twenty minutes, we placed comic renditions of Shylock, Antonio, Salarino and Solanio under a microscope.

Both Fred and I had an excellent time. A room full of academics discussing Shakespearean offensiveness for two days might not be everyone’s idea of a good time, but it certainly is ours, and for everyone in that room at Northumbria University, it proved to be an ideal forum in which to explore what it means to give, take, or be reduced to side-splitting laughter by offence.

On a more personal note, what I found to be particularly interesting was the avenue my thoughts took on the trip back to Vancouver. How would I teach Shakespeare in light of what I learned at the conference? How would I teach the offensive? The sleepless, dehydrated, more-airplane-scotch-than-was-likely-necessary conclusion to which I came was this: The teaching of offensive Shakespeare could very well be an excellent in-road for the instruction of critical thinking.

After a decent night’s sleep and enough water to disturb a coastal village, I revisited the idea and found that it remained a compelling line of enquiry. The study of offence in an academic context cannot simply be to question what is or is not offensive. The beauty of offence may in fact be that there is no such thing as objectively offensive material—one person’s joke is another’s microaggression. So, to approach offense in the classroom is to promote critical thought by asking not what is or is not offensive, but to interrogate how and why material can be offensive in a particular context, era, forum, to a particular group of people and so on. Perhaps offensive material is useful for this very reason. We can urge our students to follow their sensibilities down the rabbit hole of truly analytical thought as they question rather than state the nature of their offence (or its absence). Studying offensive Shakespeare in the classroom begins with thinking about what offends us, but the conversation cannot end there. I am confident that my students will engage critically with offensive material as they dig down into how and why a particular play, passage or character inspires offence, and explore, like we did at the conference, how offence really works. The question is one without a finite solution, and is that not the perfect jumping-off point for critical in-class discussion?

My sincerest thanks to Monika Smialkowska and Edmund King for organizing the event, and to my fellow presenters. It was an absolute pleasure to offend with you all.

The ‘Offensive Shakespeare conference’, organised by Monika Smialkowska and Edmund King, took place on the 23rd and 24th of May at Northumbria University, Newcastle. Over two days, a diverse cohort of speakers traversed the spectrum of Shakespearean offence, presenting papers that addressed controversies arising from teaching, performing and critiquing Shakespeare’s plays. Offence was examined in various media and against different political backdrops, with speakers interrogating problematic representations of Shakespeare’s plays in graphic novels and video-games and Shakespeare’s appearances and disappearances in the repertoires of dictatorships.

The first day concluded with Prof. Douglas Lanier’s thought-provoking discussion of two film adaptations of Shakespeare, both deploying offence as a strategy to radically different effect – Shakespeare must die, a Thai film adaptation of Macbeth banned by the country’s state censors and the affront to ‘good taste’, Bikini Bloodbath Shakespeare. Viewing these two films side by side revealed a feature shared by many of the ‘offensive Shakespeares’ discussed at this conference – their propensity to disrupt (or at least threaten to disrupt) the hierarchies of various political, cultural and social structures. In fact, Shakespeare’s popular status as a vehicle for ‘universal’ values seems to proffer him as a particularly effective tool in the pursuit of this disruption.

However, Shakespeare’s works need not always be wielded with intent to be perceived as offensive. Several speakers recounted their experiences teaching some of Shakespeare’s more problematic plays to students. The Merchant of Venice and The Taming of the Shrew were unsurprisingly repeat offenders. However, while some students deemed these plays too offensive to be worthy of study, others expressed few misgivings about the content of these comedies whatsoever. Indeed, the absence of offence triggered as much debate as its presence at this conference. Dr Peter Kirwan’s fascinating paper on the second day interrogated the silence of critics and audiences alike to contentious adaptations made to Cheek by Jowl’s post-Brexit performances of The Winter’s Tale. As Kirwan’s paper demonstrated, the expression of offence can be an important act in re-asserting shared values and establishing a consensus of what is and is not acceptable. Several speakers also drew attention to the geographic and temporal conditions that often define the parameters of offence and the occasionally punitive consequences for those who provoke this offence – from no platforming and censorship to imprisonment.

At the end of this stimulating two-day conference, it seemed to me that Shakespeare’s plays are perhaps at their most offensive when they are presented in ways that threaten to undermine the aesthetic, moral or intellectual values that audiences and critics have variously invested in them. In these cases, perhaps the best defence is a good offence. Being offended can illuminate the personal lens through which we are liable to view Shakespeare’s plays and therefore, prompt us to reassess our mode of engagement with these plays. These two days of lively and entertaining debate convinced me that confronting and critiquing offence in Shakespeare’s plays performs an important exercise in testing the integrity of the critical frameworks upon which we base our judgements of these works. Monika Smialkowska’s closing remarks were an apt coda to the conference: “If we shadows have offended, good! This is what we intended.”