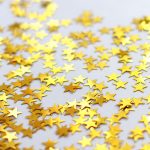 The Annual General Meeting (AGM) of the British Shakespeare Association will take place at 4:00pm on Saturday 19th November and will be followed by the BSA’s Awards Ceremony at 5:00pm. BSA members are invited to register for the event via the form in their ‘Member’s Dashboard’ (accessible by logging in to your BSA account and clicking on the ‘AGM registration’ button’.

The British Shakespeare Association is delighted to announce that our Honorary Fellows for 2022 are Gregory Doran and Professor Emerita Lois Potter.

It would not be an exaggeration to call Gregory Doran a giant of Shakespeare performance. The Artistic Director at the Royal Shakespeare Company since 2012, he has continually evolved the theatre through innovative staging, including his trailblazing production of The Tempest. His work has been nominated for many awards, including an Emmy and BAFTA award for his 2009 TV movie of Hamlet, which brought an exceptional performance to households all over Britain.

Lois Potter, meanwhile, over a career spanning six decades and three continents, has been a lodestar in the study of Shakespeare and his contemporaries. Her books on Twelfth Night and Othello serve as true models of performance-oriented criticism, but it is likely for her majestic critical biography, The Life of William Shakespeare, that she is best known, a book which showcases the very best of Potter’s absorbing, accessible, and rigorous scholarship.

We are also pleased to share that we have instituted a brand new award, the Innovation Award. The BSA Innovation Award will be awarded annually to an individual or organisation involved in Shakespearean studies, performance, and/or the cultural and creative industries. The winner will have substantially innovated our engagement with and appreciation of the dramatist and his works. And we are delighted to share that our inaugural winner is Creation Theatre.

From the beginning of the Covid-19 pandemic in early 2020, their executive director, Lucy Askew, has led Creation through an innovative transformation from site-specific performance to digital performance. Their interactive production of Romeo and Juliet was a notable triumph in this form, as it took place in an expansive digital universe and positioned the audience into an active relationship with the ‘onstage’ action. Creation Theatre’s innovative approaches and development of digital theatre techniques made possible new and exciting ways of producing and experiencing theatre online.

All our winners will be honoured at a virtual ceremony that begins at 5:00pm following our online AGM on 19th November, 2022.