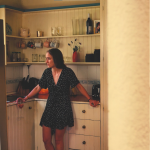 Creating meaning through Shakespeare in and out of lockdown: Walking Shadows

Benjamin Broadribb is a final-year doctoral student at The Shakespeare Institute, University of Birmingham, and co-curator of the blog ‘Action is eloquence’: (Re)thinking Shakespeare.

During the Covid-19 lockdowns across the planet in 2020 and 2021, ‘Shakespeare, both as a cultural figure and in the shape of his plays, “went viral”’ (Aebischer 2021: 3). Whilst dealing with every new challenge the pandemic threw at us all, the proliferation of digital performances of Shakespeare created and released online during lockdown naturally fascinated me. Over two years later, lockdown performances of Shakespeare are now included in my soon-to-be-submitted doctoral thesis, and in Lockdown Shakespeare: New Evolutions in Performance and Adaptation, an edited collection co-edited by Gemma Kate Allred, Erin Sullivan and me, which was published by Bloomsbury Arden in June 2022. In my own chapter in the collection, I suggest that those who turned to Shakespeare did so ‘in an attempt to make sense of living through a period in which many of the ways we give our lives meaning have suddenly, and indefinitely, been removed’ (Broadribb 2022: 60). This idea stems from Terence Hawkes’s earlier assertion that ‘[w]e use [Shakespeare’s plays] in order to generate meaning … [They] have become one of the central agencies through which our culture performs this operation … Shakespeare doesn’t mean: we mean by Shakespeare’ (1992: 3).

Whilst the pandemic is sadly far from over in mid-2022, most people around the world are not experiencing the same level of restriction and isolation as they did during the stay-at-home measures enforced during 2020 and 2021. The reopening of in-person theatre venues for cast, crew and audiences means that digital performances of Shakespeare created and released online are not nearly as common as they were during the height of lockdowns across the globe. However, new examples are continuing to appear – and continuing to use Shakespeare to find meaning and make sense of a world still offering uncertainty. One of the most recent is Walking Shadows Vol. 1, a web series created and directed by Sally McLean. The series was commissioned by Howard Fine Acting Studio Australia, and features graduates from their 2021 acting program. Walking Shadows is a follow-up to McLean’s 2020 web series Shakespeare Republic: #AllTheWebsAStage (The Lockdown Chronicles), which featured isolated actors performing Shakespearean monologues, each framed as occurring at a particular time during the first year of the pandemic. Shot during the Melbourne lockdowns of 2021, Walking Shadows is ‘set as the world began to re-emerge from lockdowns due to Covid-19’, and ‘shines a light on the little things as our cities and towns slowly came back to life during the pandemic’ (‘about’ 2022). Where The Lockdown Chronicles uses Shakespeare to make sense of a rapidly changing global situation as people around the world were thrust into isolation, Walking Shadows returns to Shakespeare to find meaning in what normality means now that the restrictions of the past two years are largely no longer in place.

The first episode of Walking Shadows features Alyssa Kale performing Luciana’s ‘And may it be that you have quite forgot / A husband’s office?’ speech from The Comedy of Errors (3.1.1-28). In the play, Luciana is attempting to dissuade Antipholus of Syracuse from pursuing her romantically – or at least to do so more surreptitiously than he has been – believing him to be her sister Adriana’s husband, Antipholus of Ephesus. McLean transforms the comedic case of mistaken identity into a serious monologue. Kale stands in her kitchen speaking directly into the camera, positioning the viewer as the source of her unwanted attention. The effect is one of discomfort, the actor and director forcing the viewer to suddenly and unexpectedly be thrust into proximity and conspiracy with Luciana. Lines such as ‘Look sweet, speak fair, become disloyalty’ (3.1.11) take on a newly sinister sense, further punctuated by Kale’s restless delivery as if constantly on edge.

The feeling of uneasiness displayed by Kale and engendered in the viewer encapsulates Walking Shadows’s wider framing device of emerging from lockdown, and is evidenced further in the choices McLean makes at the beginning of the episode. Luciana is seen hurriedly entering the kitchen holding an empty wine glass. She heads to the corner of the room, sits on the kitchen counter and pours herself a glass of wine. Midway through raising the glass to her lips, Luciana stops to look straight into the camera, as if noticing the viewer for the first time. She hops off the counter, then takes a sip of her wine whilst staring directly down the lens. The performance choices by Kale position Luciana as someone driven to distress in her own home, but also struggling to escape into the wider world. This is emphasised further by McLean’s choice to have Luciana rush past a message left for her in magnetic letters on the fridge – ‘LUCIANA GET MILK FFS’ – subtly hinting at her unwillingness to leave the house even for the relatively simple task of going to the shop.

The episode concludes with a shot of three birds outside in the sunshine, which then cuts to a long shot of Luciana standing alone in her kitchen – sipping her wine, taking a deep breath, holding back tears. The framing of the shot makes Luciana appear boxed into the room, as if imprisoned by her own home. The juxtaposition with the preceding image of the bright green birds together on verdant grass emphasises both Luciana’s aloneness and the relatively dimly lit shot of her kitchen – the contrast encapsulated in the words ‘LIGHT’ and ‘SHADOW’ hidden amongst the now jumbled letters on the fridge door. McLean’s episode encapsulates the conflicting experience of regaining at least some of the freedoms lost during lockdown. Whilst they may not have experienced the same situation as Luciana, watching the first episode of Walking Shadows, the audience see reflected in her their own anxieties and apprehensions from the past two years. McLean’s series presents just one example of how Shakespeare continues to be used by people around the world to create meaning, as the world continues to move through the uncertainties of the pandemic.

The Shakespeare Institute, University of Birmingham

At the time of writing, the first nine episodes of Walking Shadows Vol. 1 have been released on the YouTube channel for McLean’s production company, Incognita Enterprises, and are collected into a playlist here: https://www.youtube.com/playlist?list=PL-GevPJD7cQM77qCok2DgSOxWpJj90lQ5. New episodes will be added to the playlist as they are released.