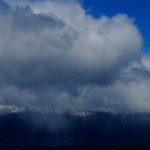 Randall Martin – Cymbeline in the Anthropocene: A Global Eco-Theatrical Collaboration

Cymbeline in the Anthropocene is an international performance-research project which brings together seven theatre companies and environmentally committed productions from four continents. It is the first collective effort to present Shakespeare’s ecological insights to audiences beyond academia or the Anglosphere. Each contributing company has created locally site-specific and ecologically adapted performances of Shakespeare’s late tragi-comedy, Cymbeline. These are our companies, their performance titles, and the directors:

“Gold and Silver Turned to Dust”; “Does the World Go Round?”

“Once Upon a Time in the Anthropocene”

Montana Shakespeare in the Parks

Imogen in the Wild

Generously supported by a grant from the Social Sciences and Humanities Research Council of Canada, Cymbeline in the Anthropocene’s main research goal has been to build an open-access archive documenting the performance creations and ecological discoveries of participating companies. Their voluntary contributions have collectively created a compact global vision of contemporary Anthropocene conditions, while also facilitating cultural exchanges and personal understanding of the era’s present-day impacts across continental borders. The project’s research and dissemination activities continued throughout the Covid-19 pandemic, even though theatres world-wide were forced to suspend live performances for more than a year in 2020-21. During this time, regrettably, we lost four theatre companies from our original group of ten. This included three non-English-speaking productions from China, Kazakhstan, and the Republic of Georgia. But along the way we picked up two in Buenos Aires and Ithaca, New York to cross the finish line last summer with seven.

In weekly blogs since January 2020, the project website has built up a pioneering record of eco-theatrical practice by tracking practitioners’ script and screenplay creations, material construction of stage properties, and original soundscapes and artwork. The project leader, Prof Randall Martin, and website manager and project researcher, Dr Rebecca Salazar, have interviewed directors and performers to explore their environmental adaptations to local Anthropocene conditions, such as the smoky skies that now pose health risks every summer in western American outdoor performances. We have also gathered audience comments about the shows, although, disappointingly, pandemic restrictions greatly reduced this anticipated fieldwork. The website further documents the adoption of the project’s public humanities outreach by university instructors and high school teachers who have assigned the project’s website materials in their courses.

The Anthropocene is our present-day era of massive, human-aggravated environmental ruptures and calamities. Western and now global models of maximal resource extraction and free-market growth have set off climate, extinction, and sea-level crises on such a scale that it can be difficult to make sense of the damage or conceive of mitigating ways forward. Yet as the revolutions in gender and sexuality of the past eighty years have demonstrated, the seemingly “natural” verities or norms of Western thought – such as patriarchal and racial hierarchies – have been dismantled by cultural critique and political pressure to alter our ethical and legal assumptions.

Similarly, ecological world-views are beginning to be shifted in the light of Anthropocene dangers not just by scientific research, but by telling new stories about the animals we are, and what our well-being on earth depends on to survive. Drama, as a form of storytelling, has the added benefit of stirring spectators through shared physical and emotional exchanges among actors, audiences, non-human animals, and their environments. Theatre has the power to help us affiliate ourselves with the subjective lives and independent value of more-than-human nature, and to catalyse individual and community environmental engagement and action in the world. As foundational conservationist Aldo Leopold observed,

no important change in [environmental] ethics was ever accomplished without an internal change in our intellectual emphasis, loyalties, affections, and convictions.

Feeling as well as re-imagining new pathways into kinship, empathy, and reciprocity with non-human beings are the primary goals and possibilities of ecotheatre. And Shakespeare is a powerful vehicle for making this affective cognition happen.

For although Shakespeare’s canonical status today is often contested, and his work has historically been used as a tool of European colonialism, his works continue to be translated and adapted into scores of global languages and performance traditions. Global familiarity and transcultural adaptability make Shakespeare’s works particularly useful for mobilizing ecodramaturgical innovation on both local and global scales.

2 It incorporates materially sustainable modes of theatre production and performance.

And 3 it relates its environmental meanings to present-day and site-specific contexts of “the community it serves, and the politics into which it speaks.”[1]

I would add a fourth principle to these three: ecodramaturgy also revalues the well-being of non-human bio-communities and earth-systems. Foregrounding our co-evolved relations with other lifeforms disrupts the theatrical presentation of stories and beings according to the sentimental aesthetics of genre (think: “forest of Arden,” or “the heath”). It also expands the mental horizons of what environmental philosopher Todd Dufresne calls “differential consciousness.” This means recognizing our capacity for both suffering and flourishing as a species like any other. Respect for life’s pluralized unity serves to counter what Dufresne also calls modernity’s “globalization of indifference” towards nonhuman nature.[2] And it encourages us to treat entire ecosystems and their inhabitants (such as the Trent River watershed in England which Hotspur plans to disrupt but whose ecological integrity Glendower defends in Henry IV Part One) as persons equally deserving of rights to protection and care.

Let’s revisit just a single example of shared creaturely personhood in Shakespeare. It occurs in the play now known as Henry VI Part Two. There King Henry compares the trumped-up arrest of Duke Humphrey to the distress of a calf taken away by a butcher, who

… binds the wretch, and beats it when it strains,

Bearing it to the bloody slaughterhouse

And as the dam runs lowing up and down,

Looking the way her harmless young one went,

And can do naught but wail her darling’s loss,

Even so myself bewails good Gloucester’s case

With sad unhelpful tears, and with dimmed eyes

Henry insists his pain is identical — as a sentient mortal being – to the feelings of a brutalized calf and its traumatized mother. His empathy dissolves species hierarchies, and insists we are humanely implicated in a routine process of killing for food.

At first glance, Shakespeare’s Cymbeline — which features a runaway princess, an evil step-mother, a war between Britain and Rome, and a final scene of farfetched revelations and reconciliations — doesn’t seem like an obvious choice for confronting today’s environmental crises.

But as a play of emotional and physical extremes, Cymbeline has come into its own as a realistic reflection of threatening twenty-first century conditions. Its themes of personal resilience and global cooperation speak to the collective action nations must take now to confront the intensifying climate crisis and its related infrastructure breakdowns and social emergencies. Moreover, the play’s complex and outlandish storylines seem newly apt for contemporary adaptation because the Anthropocene is changing earth-systems and defying conventional forms and generic norms on more fronts and larger scales than we have ever experienced before.

The Cymbeline network’s performance and knowledge-creation activities culminated in an in-person and livestreamed performance symposium in Bozeman, Montana on 18-20 July 2022, co-hosted by Montana Shakespeare in the Parks. Participating theatre directors and dramaturges each made 10-minute presentations about their shows’ rationales and formative contexts, followed by half-hour videos illustrating the results. The event wrapped up with a roundtable discussion open to in-person and live-streamed audiences. Sessions from all three days are now available on our YouTube channel through our website https://www.cymbeline-anthropocene.com. There you can also find full-length videos of five of our productions. Please visit and let us know what you think!

A complementary concluding event was a wonderful documentary made by CBC Radio 1’s programme, Ideas. It celebrated the originality, life-changing personal impacts, and community collaborations of selective Cymbeline in the Anthropocene productions. The show is now available in a podcast or through our website. It’s lively introduction to our project.

At the time of writing we are making final edits to the website archive and readying it for migration to a permanent website in 2023.